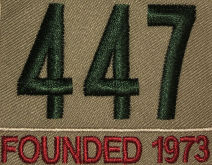 For more information about our troop please contact us or drop by one of our scout meetings.